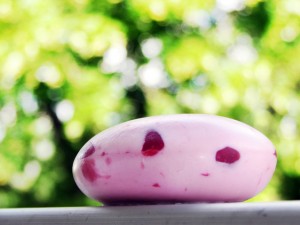 No. This is only my own personal opinion but I don’t believe you should write a book with the intention to hit the big time. You will do yourself a disservice by writing something that doesn’t come from within, or in other words – you’ll be called a sell-out. You should always concentrate on writing the story you want to write and stick to your guns. If you finish writing your novel, and you are 100% happy with it, then that’s all that counts. If you are receiving rejection letters from agents and publishers with your gold bar of a book then don’t be too disheartened. J.K. Rowling and several other authors got rejected too, and if you get to the end of your tether with agents and publishers, then at least there is always the self-publishing option. If you try to write the next Harry Potter, or the next Gone Girl, then you’ll most likely run into problems in quite a few areas. Use your influences wisely – don’t copy them! I also don’t like the word “brand” when authors, or anyone else involved in artistic virtues, describe their works as a type of brand. It makes it sound as if I have created something that washes underpants like washing detergent or soap. Brand makes it sound as if the story or book you have just written will be the forerunner to anything else you may write in the future, and this, in my opinion, will pigeon-hole and typecast you as “that author who writes horror” and only horror. Stephen King has said in his book On Writing that he never defined himself as a horror writer or any type of writer specific to a genre – other people did that. Having said that, it could be said that you will write in a certain style and this is fine, but some of the best authors surprise us and keep surprising us by being different. 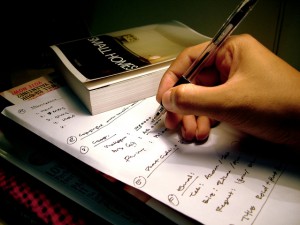 Stephen King voiced his opinion by saying that “the road to hell is paved with adverbs” and compares them to weeds on a lawn. In other words it is ok to use them in moderation, but what makes him (and others) so opposed to them? Well, adverbs are considered to be words that have been manufactured to save time. For example:

Basically I immediately went to the shops, seemingly on my way to buy food when I fortunately and suddenly realised that I had somehow completely forgotten my wallet.

Basically rarely adds anything to any sentence. You might hear it used on television, on the street, and used in texts, but stop and ask yourself – what does it mean? If you delete the basically from the sentence above then you lose nothing, and this is the same for most other sentences that use it. Immediately and suddenly are ok under certain circumstances but again you have to ask yourself whether it’s really needed. If you write: “I suddenly shut the door” then how else do you shut a door? Most things happen on the spur of the moment you do them so adding suddenly is, perhaps, a tad obvious (obviously can also be a bad adverb to use depending on the context). Seemingly in the sentence above also does not add anything. You either are on your way to your shops or you aren’t. Seemingly only suggests that you are having an outer-body experience where someone has taken control of your brain and you have no control of where you are going. Completely makes the sentence sound as if you are a surfer from California (not that there is anything wrong with that – said Seinfeld) that might say: “I totally like that film”. This brings me to my next point that it is ok to use adverbs in dialogue. If a character is likely to use the words basically or totally in reality then use them. I don’t have anything against this. Somehow should be avoided at all costs. Take into consideration this sentence: “I was driving to the shops when I somehow crashed into a wall”. The somehow in this sentence has allowed the writer to avoid describing what happened to this driver. Wouldn’t it have been better to describe HOW the driver crashed – was he or she distracted? What was this distraction? How did they lose control?

If you have read this fair into this post then you’ll probably be mistaken that I hate adverbs. I don’t. Just don’t overdo them. There are adverbs that can work well like: “The maniac smiled inanely”. The rule to follow is this: if you can delete an adverb and the sentence still makes sense then leave them deleted forever.

Oh … and that sentence? Here’s how it should read:

I went to the shops to buy food when I realised that I had forgotten my wallet. 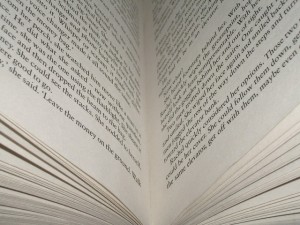 The easy answer to this question is: as long as it should be. I personally feel that you should write without a limitation in mind, and whatever the word count becomes is what is becomes. The story is the most important aspect. However, there are many short story / novel submissions that may ask for a certain word count to be observed. When I had finished writing the story The Box, the word count came to approx. 14000 words. When I checked short story submissions (excluding flash fiction), they ranged from 2000 words up to 10000 words (although 10000 is quite rare). When I checked novella submissions, I found that there are very few publishers and agents that entertain them, and I couldn’t find any journals or websites that would entertain them either. Another negative against The Box was the fact that novellas are usually around the 17000 to 30000 word mark, which left my story in a grey area between short story and novella, and this made it less likely to be published through an official channel. If you have written short stories and they clock up 5000 words instead of, for example, 2000 words, then try to edit your story down to what the submission guidelines require. If that fails, write another story. For novels there are debates over a benchmark word count. Some say 40000 words. Some say 70000 words. Some say a novel has to be 100000 words. The Reluctant Fundamentalist by Mohsin Hamid is around the 40000 word mark, A Clockwork Orange by Anthony Burgess is close to 60000 words, and Cloud Atlas by David Mitchell is close to 164000 words. All novels were well received and have had movies made out of them. The main reason for writing is to enjoy it and not to box yourself into a corner where you pressure yourself. If you started writing a short story and it becomes longer than you intended, then don’t worry because after all it’s the end result, the story, that is the most important – and you always have an option to publish it yourself. 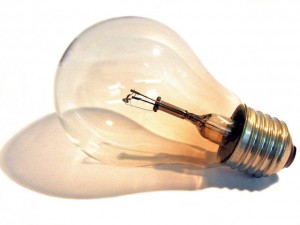 Roald Dahl. They don’t come much bigger than that. I read Fantastic Mr Fox and George’s Marvellous Medicine when I was around five-six years old and they turned on a light that has never gone out (sorry for The Smiths pun). I like Roald Dahl’s sense of surrealism and the macabre and how he was able to blend these together to create not only children’s books but also adult stories too. When I was eight years old I saw Roald Dahl in my local shopping centre, in Boots the chemist, buying some pills. My mum pointed and said: “that’s Roald Dahl!”. I was too shy to go and say hello to him, and this moment has stuck with me since. For non-fiction my influence comes from a different source. I was heavily into video games when I was a kid and started reading C&VG magazine for the latest reviews. The level of detail the reviews went into impressed me, and no stone was left unturned when they reviewed something. The editor at the time was Eugene Lacey, who I later met when I wrote a few reviews for The Mac magazine (now defunct) based in London, and I have to say that he has had an influence on my writing when it comes to non-fiction. I tend to read books that are either considered classics or are written in an unusual way. If a book is written in a beautiful way (The English Patient, Beloved), or has an unusual narrative (American Psycho, Ghostwritten, Catch 22), or has a good story (The Book Thief, The Curious Incident of the Dog in the Night-Time), then I will invariably return to these books at some point for some inspiration. If I have to whittle down my influences to two people then Roald Dahl and Eugene Lacey are the ones I would choose. 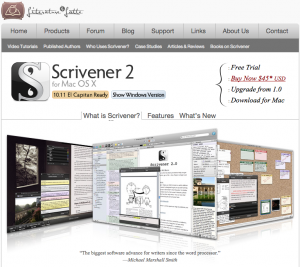 There are advantages and disadvantages to this. If you plan your novel in advance, and stick to the first plan you draw up, you may miss ideas that may make the story work better. Having said that, if you have a good idea and you draw up a rigid plan then at least you know what you are going to write. I had the main idea for Making Headlines in my head and started to write, not knowing how it was going to end. For Let Go I had a beginning, middle and end, and all I had to do was to fill in the gaps in-between. A current idea I am working on has not been planned, I don’t have an ending worked out, and I am finding it fun just to sketch the main characters. Every story is different and it’s up to you how you go about writing it. I would recommend the software program Scrivener as it allows you to write down chapter ideas and rearrange them as you would as if you had a corkboard. It also has character sheets and a whole range of options that are designed to help you develop ideas. I would use Scrivener to write your rough draft, but always export to Word as it has a better spellchecker (although this may be subject to change depending on how Scrivener will update its software).